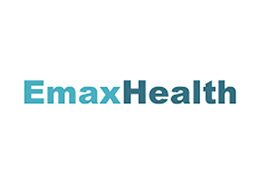 One Doctor’s Crusade Against the US Pain Pill Abuse Epidemic

David S. Kloth, MD, who practices at the Connecticut Pain Care, PC in Danbury, Connecticut is a specialist in interventional pain management and a member of the American Society of Pain Physicians (ASIPP). In addition to treating patients with chronic pain he is an advocate for healthcare reform; however, he does not feel that the Affordable Care Act is the solution. For the last several years he has served as spokesperson for several medical societies, advocating for patients’ rights to receive medically appropriate pain treatments.

Dr. Kloth notes that abuse of pain pills is a “multifocal problem,” involving state and federal governments, physicians, insurance companies, patients abusing medications, and “pill mills” that dispense hundreds of potent and addictive narcotics on a daily basis. He explains, “Vicodin is the most widely prescribed medication in the United States, well ahead of cholesterol-lowering drugs and blood pressure medications.” He notes that 99% of the world’s supply of Vicodin (hydrocodone) is consumed in the US. Surprisingly, according to Dr. Kloth, the vast majority is from prescriptions written by physicians licensed to practice in our nation. A major source is “pill mills,” which hire physicians in need of income who prescribe prescriptions to all comers. Although many of these facilities present themselves as pain clinics, they rarely order tests or offer referrals to pain experts. On return visits, the patient receives another prescription. These “pill mills” operate throughout the nation. For example, 500 are currently operational in Florida. Some of these patients generate income for more drugs when they receive a prescription. One ruse is to ask that a prescription for a narcotic be divided into two prescriptions: one for 50 and another for 40. The “patient” then sells the one for 50 to generate funds to buy the other 40.

Another source of narcotics is unused medication falling into the wrong hands. Dr. Kloth cited an example: a dentist writes a prescription for 30 Vicodin; the patient takes them for two days, leaving 20 pills languishing in the medicine

chest. His kids discover them and embark on the rocky road to drug addiction. Sadly, notes Dr. Kloth, this is a major healthcare problem. Currently, Vicodin is a Schedule III controlled substance, which means a physician, or a drug abuser posing as a physician, can phone in a prescription. Dr. Kloth is lobbying to move Vicodin up to a Schedule II level, which has stricter prescribing requirements. He feels that the main use of the drug should be for patients with progressive cancers.

Pain pill abuse is a societal issue; depressed individuals resort to narcotics to boost their mood, and relieve anxiety. They are pill-oriented and feel that many problems can be fixed with a pill. The current economic downturn is fueling substance abuse. Physicians as well as patients are part of the problem. Dr. Kloth notes that most physicians—about 80%––are not well trained in prescribing opiates. He has developed a twelve hour course that can bring a physician up to speed in this area. In addition, some states are looking into requiring training for physicians who prescribe opiates. Dr. Kloth and his colleagues treat patients with minimally invasive procedures. They offer non-opioid treatments such as trigger point injections, epidural (space just outside the spinal cord) injections, facet injections, radiofrequency ablation, minimally invasive disc surgery, and implantable devices. Unfortunately, however, health insurers deny them. This leaves the legitimate pain sufferer with the only alternative—to pop pain pills.

Dr. Kloth notes that much of the healthcare costs due to pain pill abuse are from fraudulent charges to Medicaid/Medicare from patients who doctor shop or frequent “pill mills.” He said, “When I think about [healthcare] reform, I think about cleaning up waste like this.” He notes that is why his advocacy group helped lobby for and passed a nationwide monitoring system where states share information. States Sharing is controversial; however, according to Dr. Kloth, it will successfully decrease prescription drug abuse. The Bill for this monitoring passed but has not been funded.