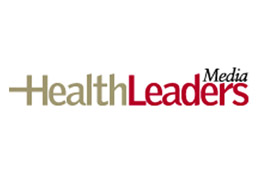 The latest survey showing a double-digit decline in prescription drug abuse is not enough to relieve pressure on the healthcare industry to step up efforts aimed at curbing the problem.

releasedfigures showing that the use of prescription drugs for non-medical purposes was down 14% among people aged 18-25 between 2010-2011.

It was the first decline since 2003. But, gains made among young adults are offset by an increase in adults, aged 26 and older, who reported being hooked on pain relief medication. Plus, the Centers for Disease Control still considers prescription drug abuse an epidemic.

Bob Twillman Ph.D, Director of Policy and Advocacy for the American Academy of Pain Management, helped Kansas develop its prescription drug monitoring system. He says the programs are very effective when used, but most are voluntary, and that reduces their effectiveness.

“The challenge we have is getting people to use them. In some states, only 30% of prescribers are signing into the program. It can be a tremendous time-suck at a physician’s office. I’ve had physicians tell me that, for a busy private practice, it could take up two hours a day.”

Twillman wants more physicians to be trained in pain management, a sentiment echoed by the American Society of Interventional Pain Physicians. Both ASIPP and AAPM are trumpeting training programs over a new proposal that changes labeling requirements on opioids.

PROP, Physicians for Responsible Opioid Prescribing, criticizes the labels for being too broad, and giving neither a time frame for use, nor a maximum dose for non-cancer pain. It wants opioid labels changed and has asked the FDA for three specific modifications:

• Strike the term “moderate” from the indication for non-cancer pain

• Add a maximum daily dose, equivalent to 100 milligrams of morphine for non-cancer pain

Andrew Kolodny, President of PROP, says its aim is not to stop doctors from prescribing painkillers when necessary. It wants to stop drug companies from promoting the drugs aggressively.

“The label changes will prohibit advertising but will not limit clinical decision making. If a doctor believes that a patient might benefit from long-term opioids, they will be permitted to prescribe. Off-label use of medications is very common and is often considered to be perfectly appropriate,” Kolodny says.

It’s not the first time the industry has taken a hard line approach to curtailing prescription drug abuse. Mercy Medical Center in Des Moines, IA, has posted signs in its ED saying it would only prescribe pain medication for emergency medical conditions.

It’s directed at patients who think they will get easy access to prescription painkillers in the ED. Ohio has adopted similar guidelines, but its ED pain plan asks that doctors to use the prescription monitoring database to see the presenting patient’s prescription history, and, among other things, to refer the patient to a nearby pain management facility.

“As far as pain management in the ER goes, I think this is right on the money,” says AAPM’s Twillman. He worries that the patients who genuinely have chronic pain are forgotten about.

“I think some primary care doctors are looking at not prescribing anything, and that’s a problem. Then the patient is left with no care and they end up in the emergency room,” he says.

“We teach this course all the time. We can divide it up into one-hour lectures on the web. There is a way to educate physicians on the use of these controlled substances.”

CME is, for now, the closest thing to mandatory requirements for physicians, and even those vary widely. For example, in Massachusetts, doctors who prescribe controlled substances are required to complete at least three hours in opioid education before renewing their license.

A plan released by the White House last year aims to decrease prescription drug abuse by 15% by 2015.