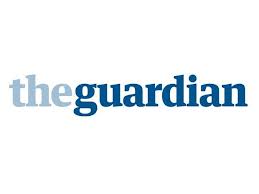 Over the last 10 years, prescription drug abuse – abuse of medications which are legal for distribution – has become a national epidemic. Prescription drugs now surpass motor vehicle accidents as the No 1 cause of accidental death in almost half the states in this country. Last year, nearly 30,000 Americans died from an overdose, with at least half of these deaths related to legally controlled substances that were misused, abused, prescribed incorrectly, or simply just in the wrong person’s hands.

Among the startling statistics, the United States now consumes 80% of the world’s opioid pain medications and 99% of the world’s hydrocodone (semi-synthetic opioid). The milligram per person use of prescription opioids in the United States increased from 74mg to 369mg, an increase of 402%, between 1997 and 2007. Prescription medication abuse is now only second to marijuana in terms of frequency. Prescription pharmaceuticals have become the newest – and seemingly, deadliest – gateway drug we have seen yet; nearly a third of people aged 12 and over who used drugs “recreationally” for the first time in 2009 began by using a prescription drug non-medically.

Controlled substances are regulated by the DEA, which means they are legal medications that can be obtained at most pharmacies for the treatment of pain and other disorders. Unfortunately, some physicians have prescribed these medications in a fashion that has contributed to the abuse problem in the United States. While some doctors prescribe in an obviously egregious manner (purely for profit and recklessly), far more doctors simply lack the proper training to manage these medications – unwittingly contributing to the problem.

In Florida alone, almost 3,000 people died of overdose in both 2009 and 2010. The majority of these people had “legal” prescription medications in their system at the time of death. Due to its lenient laws, Florida has long been known as one of the main suppliers of diverted controlled substances for the rest of the country. Statistics suggest that the state of Florida dispenses more oxycodone than the entire rest of the country combined. Finally, last month, Governor Rick Scott agreed to implement the prescription monitoring programme – which was passed almost two years ago. This should help in the battle against prescription drug abuse, not only in Florida, but in many other states.

The American Society of Interventional Pain Physicians (ASIPP) has voiced its support of the initiatives proposed by the federal government. These include plans to require physician training in controlled substance prescribing. The ASIPP has long fought for improved safety controls, and would like to see the expansion of prescription monitoring programme implemented in all 50 states. Even then, though, these programmes will require coordination to prevent patients crossing state lines and obtaining medications from multiple physicians.

Prescription drug abuse not only takes lives and destroys families, but also increases unemployment, hurts our country’s productivity and costs our healthcare system billions in medication costs, ER visits and drug rehabilitation programmes. Bearing down on the problem would not only save thousands of unnecessary deaths, but would also provide significant savings in healthcare expenditure. The direct dollar savings that can be realized by Medicaid prescription drug benefit programmes alone will be enormous. We estimate possible savings of at least $1bn a year, possibly as much as $10bn.

Whether we measure the savings in lives or dollars, none of us can afford not to support the federal government initiatives to get a grip on this prescription drug abuse epidemic.