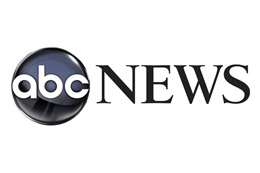 Meningitis Outbreak Toll Rises to 12 Amid New Questions on Oversight

As the death toll climbs to 12 in the nationwide fungal meningitis outbreak, calls for FDA oversight of the contaminated drugs that caused the outbreak continue to stack up from congressmen, doctors and think tanks.

All 137 confirmed victims of this outbreak received spinal injections of a compounded steroid, methylprednisolone acetate, manufactured by New England Compounding Company in Framingham, Mass. The special pharmacy that compounded drugs has since shut down operations and recalled all products. An estimated 13,000 patients are at risk because they received the injections, according to the CDC.

For a map of cases by state, click here.

“What is particularly tragic for the families of those who have been sickened or killed by the tainted drugs is that this situation was completely avoidable,” said Dr. Michael Carome,

Unlike other forms of meningitis, the fungal type is not spread person to person. It does, however, affect the spine and membrane surrounding the brain. Early symptoms of fungal meningitis are mild and include headache, fever, dizziness, nausea and slurred speech, but the inflammatory disease can later cause permanent neurological damage and death. Patients are told symptoms can occur up to a month after their spinal injections.

Carome said the meningitis outbreak highlights an oversight “failure” by the Food and Drug Administration, which knew the once niche pharmacy that tailor-made mixed steroids for individual patients had become a bulk drug manufacturer when it started compounding drugs in large quantities. As a drug manufacturer, New England Compounding Company would have been held to safety, effectiveness and manufacturing standards, but Carome said these were not enforced, calling it a “double-standard.”

The FDA responded to Carome’s allegations by saying that it is working with Massachusetts to identify and recall harmful products because the states have primary jurisdiction over compounding pharmacies. However, the FDA did not answer whether it knew NECC was manufacturing drugs in bulk before the outbreak. It’s investigation is ongoing.

“Traditional drug manufacturers must adhere to rigorous drug safety standards intended, for example, to prevent the contamination of their products,” he said. “But so-called compounding pharmacies engaging in large-scale drug production to not.”

Earlier this week, Rep. Edward Markey, D-Mass., wrote a letter to the Food and Drug Administration to ask how the drug contamination happened and followed up by introducing new oversight legislation on Wednesday.

“Unfortunately, compounding pharmacies are a 19th century service operating in a 21st century industry, and we need to update and strengthen the rules that govern these operations so that patients can safely benefit from the unique service they offer,” Markey said.

With compounded drugs under attack, hospitals are pulling compounded steroids, according to board members from the American Society of Interventional Pain Physicians.

“The vast majority of hospitals and facilities have done that for liability reasons,” said Dr. David Kloth, an ASIPP board member and pain management physician.

Although Kloth did does not use the NECC compounded steroid that was tainted, he said it’s important to remember that this is an aberration.

“I don’t think compounding should be condemned for this,” Kloth said. “There have been compounding pharmacies that have produced millions and millions of doses of units to patients safely.”

Carome called for an investigation into the fungal contamination and said FDA officials should be held accountable if investigators learn existing regulations were not enforced.

For a full list of clinics that recieved the recalled lots of spinal steroid injections, click here.