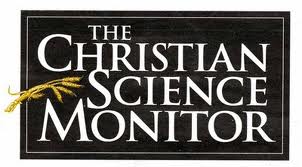 Michael Jackson died a year ago from a physician-administered anesthetic. More than 20,000 people die each year from prescription-drug overdoses, some of whom get drugs from more than one doctor.

It’s been a year since Michael Jackson’s death from a powerful, doctor-administered anesthetic put the world spotlight on prescription drug abuse. But most analysts, academics, and patient advocate groups feel very little has been done to change the rules and procedures governing such drugs.

“Since Michael Jackson’s death, this problem has grown in the US,” says Dr. David Kloth, board member, past president, and national spokesperson for American Society of Intervention Pain Physicians (ASIPP). “Celebrities are unfortunately good for this issue because they bring much needed attention to it.”

One big problem, say Kloth and others, is that the regulation of medicine and prescription writing is constitutionally a state matter, which creates a lack of uniformity and loopholes.

Along with the North American Neuromodulation Society – which represents 4,000 physicians – ASIPP is converging on Capitol Hill June 29 to push for wider prescription drug abuse monitoring.

ASIPP says more than 20,000 people die each year from prescription-drug overdoses, spurred by the growth of “doctor shopping” in which patients request care from multiple physicians, often simultaneously and across state lines, with no effort to coordinate care or inform the physicians about multiple caregivers.

“The lack of uniform state regulation of the prescription drug industry is to blame,” says Ron Washburn, professor of legal studies at Bryant University. “More and more instances are arising where an individual can see multiple doctors and get multiple prescriptions to either use or sell.”

One important move forward, say analysts, is the trend towards making patient databases instantly available. A federally-funded California program pushed forward by Attorney General Jerry Brown in the wake of Jackson’s death, as well as those of Britany Murphy, Anna Nicole Smith, and Heath Ledger, was unveiled in the fall of 2009.

“The recent deaths of Anna Nicole Smith and Michael Jackson have made clear to the whole world just how dangerous prescription drug abuse can be,” said Brown at a press conference.

The state’s secure database, known as the Controlled Substance Utilization Review and Evaluation System (CURES), contains more than 100 million entries representing controlled substances dispensed in California. Controlled substances are classified under federal guidelines based on the potential for abuse and accepted medical use in treatment in the United States and under international treaties.

Those desiring access must undergo a strict registration process, points out spokesperson, Christine Gasparac, who adds there are currently 2,442 physicians and 935 participating pharmacists.

To get more action nationwide, patient advocates and doctors urge citizens to write their state medical boards asking them to explore and require additional education and training. A lot of the public anger that coalesced after Jackson’s death became directed at his doctor, Dr. Conrad Murray, who was charged with involuntary manslaughter related to Jackson’s death. Courts have refused to revoke Murray’s professional license.

“There is precious little training in most medical schools so that most non-specialists really don’t know how to prescribe and administer these drugs,” says Dr. David Sack, CEO of Promises Treatment Centers, which specialize in treating a wide variety of addictions, such as prescription drug abuse and marijuana abuse.

More training is imperative, says criminal lawyer Elizabeth Kelley, who points out that addiction is an illness.

“Once patients have become addicted, doctors need to understand just how manipulative and determined these individuals are,” she says adding, “they will do whatever it takes to get their hands on drugs and doctors need to be more prepared to deal with this.”