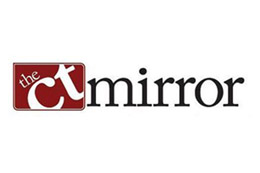 Future Uncertain as Prescription Monitoring Funds Slated to Run Out

Not long after he wrote the prescription for a mild pain medication, Dr. Michael Saffir got a call from a pharmacist: Did he know that the patient was also getting pain meds from another doctor?

That prompted Saffir, a specialist in pain management and physical medicine and rehabilitation, to consult a database administered through the state’s prescription monitoring program. Sure enough, he learned, the patient was getting prescriptions for a different drug. It wasn’t a high-risk threat, but it prompted him to get in touch with the other doctor’s office to make sure they knew what the other was doing.

“It allows me to do it in fairly real time. It only takes a couple seconds to log on and to go ahead and get the information,” said Saffir, who practices in Fairfield’s Orthopedic Specialty Group. “That’s pretty useful.”

The state’s prescription monitoring program, one of 40 across the country, gives prescribers and pharmacists access to information on controlled substances that get dispensed. Proponents say it helps make prescribers’ and pharmacists’ lives easier as they try to treat patients who need pain medication while avoiding the misuse of potentially dangerous medications.

But the program’s future is uncertain. Its funding is slated to run out later this year, and while leaders are working to secure more, they’re not certain about the prospects. Since it began operations in 2008, the program has been funded through federal grant money and proceeds from settlements with pharmaceutical companies. The remaining money is enough to get to about the fall, said John Gadea Jr., director of state drug control for the Department of Consumer Protection.

The federal government has been encouraging state monitoring programs through start-up grants, but states are increasingly struggling to fund their programs once the federal money runs out, said Sarah Kelsey, an attorney with the National Alliance for Model State Drug Laws. Washington suspended its program for a time, but has since reinstated it, and California’s is facing financial woes, she noted.

Connecticut’s program costs about $200,000 a year, which pays for a program manager and a vendor contract for the database that holds the prescription information.

Twice a month, pharmacies submit information on all controlled substance prescriptions they dispensed, which covers substances ranging from opioid painkillers like oxycodone to cough syrup with codeine. Prescribers and pharmacists can access the database; prescribers have used it between 120,000 and 130,000 times a year, Program Manager Xaviel Soto said.

“We’d be in a lot of trouble without it,” said Dr. David Kloth, past president and executive director of the Connecticut Pain Society, and a pain management specialist who practices in Danbury and Waterbury. “It is

absolutely an essential part of managing pain patients today. The incidence of drug abuse in this country is epidemic.”

Many doctors rely on program

Nationally, opioid pain relievers now account for more overdose deaths than heroin and cocaine combined, Centers for Disease Control and Prevention researchers reported last fall. Prescription drugs have accounted for much of the roughly threefold increase in overdose deaths in the past two decades, they wrote, and the misuse or abuse of them were related to 1.2 million emergency department visits nationwide in 2009, more than those for illicit drugs.

Kloth, who checks the state’s system before he prescribes a narcotic medication to a new patient or in cases that have raised concerns, said he finds something unexpected “very, very frequently” — perhaps 10 percent to 20 percent of the time he checks.

“I could not do my job properly without this,” he said, adding that programs pay for themselves by saving money for insurance plans and government health programs.

Before the state had a central database, Kloth said he would call multiple pharmacies in the area to find out if a patient was getting pain medications.

“We’ve got a lot of physicians now that are very reliant on this program,” said Linda A. Clougher, president of the American Society for Pain Management Nursing-Connecticut Chapter.

Dr. Michael Brennan, who runs a pain medicine practice in Fairfield, uses the database to assess all new patients, and his staff performs regular queries on existing patients. It’s not the only tool, he noted — others include urine screens, toxicology tests, conferring with other doctors and visiting with patients’ families — but he said the database is “one of the two or three most important tools we can use.”

While the database can help identify patients who are “doctor shopping” for drugs or selling their pills to others, Brennan said it can also help in cases where patients’ pain is being undertreated. He noted that research suggests that some patients, particularly minorities, don’t receive adequate treatment for legitimate pain.

A database query that finds a patient getting small amounts of pain medication from multiple doctors could indicate that the problem is being treated inadequately, he said. It could also relieve anxiety some prescribers might feel, making them more confident about how they treat patients, he said.

Pain is a reported measure, not something physicians can objectively verify, noted Dr. Steven Levin, a pain management physician who practices in New Haven.

“So when we treat it, we are responding to what a patient says to the clinician,” he said. “Having a trusting relationship is a critical component to that being effective.”

And being able to verify what a patient says about his or her medical history and understanding the context of the case can make a difference, he added.

Margherita R. Giuliano, executive vice president of the Connecticut Pharmacists Association, said the program has been “extremely beneficial to pharmacists.”

She added that if state lawmakers pass legislation legalizing the use of marijuana for palliative purposes, she hopes the prescription monitoring system could be used for it as well.

Kelsey, of the National Alliance for Model State Drug Laws, said more research is needed to assess the effect of prescription monitoring programs.

“I know that it’s actively being worked on,” she said. “It’s definitely something we would like to see more of.”

A 2008 study of 179 patients prescribed pain medication in Ohio found that health care providers changed the way they managed their patents’ conditions in 41 percent of cases after seeing data from the state’s prescription monitoring program. Of those, 61 percent led to patients getting fewer or no opioids prescribed than planned. But the other 39 percent received more opioid medication than the prescribers had previously planned, according to the study, which was published in the Annals of Emergency Medicine in 2010.

Based on the numbers and types of prescriptions written, Connecticut’s monitoring program doesn’t seem to have affected the prescribing habits of most practitioners, Gadea said. Soto said there are about 5.5 million prescriptions written in the state for controlled substances per year.

Even supporters of the program acknowledge that the monitoring efforts can raise privacy concerns and fears that doctors will use it to discharge patients from their practices. And they say the database would be more helpful if it could also connect with information from neighboring states’ databases.

Some states have funded the monitoring programs through general funds, while others use methods including fees assessed on health insurance carriers — who save money from the programs — or on pharmaceutical manufacturers, distributors, hospitals, doctors and pharmacists, said John L. Eadie, director of the Prescription Monitoring Program Center of Excellence at Brandeis University. Other states have raised licensing fees for health care professionals to cover the cost of the programs. Eadie said the best way would be to mandate fees on drug manufacturers, although he noted that could be difficult legislatively.