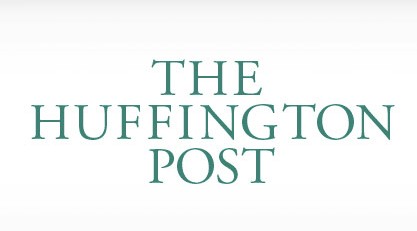 Believe it or not, there is a way to pay for President Obama’s $1.04 trillion healthcare plan without spending a penny: Eliminate the $1.2 trillion dollars squandered each year on wasteful and inefficient expenditures.

So where is this $1.2 trillion being wasted?

According to PricewaterhouseCoopers, about $500 billion is spent on medical interventions stemming from harmful lifestyle choices like smoking and obesity. Another $210 billion is lost in ‘operational costs’ like bureaucracy and redundant paperwork. And clinical problems — which include prescription drug abuse, prescribing the incorrect medicines, and over-medicating — account for another $90 billion.

More than 50 million Americans — about one in six — have admitted to abusing prescription drugs, according to a CBS Evening News report. Billions of dollars are spent on this in fraudulent charges to Medicaid and Medicare from doctor shopping (surreptitiously seeing multiple physicians in order to obtain large amounts of medication), the use of aliases, and from doctors who are ill prepared to prescribe and end up overprescribing medications.

When one factors in broken marriages, lost jobs, emotional trauma, and needless deaths, the real cost of prescription drug abuse is in the hundreds of billions. We see the tragic endings of such stars as Heath Ledger, Michael Jackson, Anna Nicole Smith and believe prescription drug abuse to be a problem of the wealthy and elite. In reality, this is a problem that effects us all either directly through watching a loved one struggle with an addiction or indirectly as we all suffer the consequences of escalating healthcare costs.

‘John Smith’ was a plumber who hurt his back while working. He started taking pain medications, and by the time he came to me, was not only dependant but also addicted to his prescriptions. Desperate and angry, he would no longer listen to my warnings and follow a proper treatment regimen. He hit rock bottom when he was caught trying to buy drugs on the street.

John Smith was over-medicated by his physicians — something that is unfortunately all too common. This happens partly because an alarmingly high percentage of doctors do not understand how to prescribe powerful pain medications, or how to spot signs of addiction. These are not mere anecdotal observations: the vast majority of American physicians received no training in medical school in how to identify prescription drug abuse or diversion, according to The National Center on Addiction and Substance Abuse.

Requiring physicians who want to prescribe pain medications to receive additional education is an essential step. ASIPP has created a two-day certification course and examination that teaches and tests physicians on dosing, drug interactions, managing difficult patients, and other critical topics. This or a similar class should be a requirement for all doctors who want to prescribe these powerful drugs.

Doctor shopping has reached epidemic proportions. According to the Coalition Against Insurance Fraud, doctor shoppers cost insurers $10,000 to $15,000 per year (per patient) in office visits, ER treatment, and drug rehabilitation.

Funding the National All Schedules Prescription Electronic Reporting Act (NASPER) will significantly curtail doctor shopping and prescription drug abuse. Passed unanimously by both the house and the senate and signed into law in 2005 by President Bush, NASPER would create a national coordination of the individual states drug monitoring programs. This would allow physicians to detect prescription drug abuse and identify if patients are doctor shopping–even if they cross state lines to avoid detection.

Despite the vocal support of Senators John D. Rockefeller, Bob Corker, Jeff Sessions, Richard Durbin, and Representatives Ed Whitfield, and Bart Stupak, backroom political maneuvering has prevented NASPER from being fully funded (and yes we do know who has repeatedly blocked this funding). If NASPER receives its full funding of $45 million, it will lead to the first truly coordinated drug monitoring system. It will save countless lives and significantly reduce the exorbitant cost of prescription drug abuse on our health care system. According to ASIPP’s estimates, it also will pay for itself in less than a year.

For patients in persistent pain, surgery is often the first and only option. Extremely costly and often requiring a long recuperation period, surgery can sometimes be a highly effective modality when used properly. But specialists will often say that it should rarely be the first option, and that less-invasive alternatives should first be tried.

‘Jane Doe,’ a 55-year-old woman, had a tear in a disk in her lower back. This was repaired with a controversial treatment called IDET. Following surgery she recovered and was pain-free for several years. Three years later, she again experienced debilitating pain. Her family practitioner told her nothing could be done and despite her comparatively young age, she should go to a nursing home (at a cost of about $80-$100,000 a year).

Through work up and testing, I discovered that the disks above and below the one that was originally injured were now damaged. Standard surgery would have cost tens of thousands and held the likelihood of a poor outcome. I performed a leading-edge, less invasive surgery that cost about $3,000. Now Jane swims every day and is still able to care for her elderly mother.

If Jane Doe followed her doctor’s advice and entered a nursing home, the cost to our health care system would have been at least $2.2 million (assuming she lived to 76). Jane Doe’s mother would also be moving into a nursing home because Jane would no longer be available to help her. The cost of a wasted life, of course, is incalculable.

Luckily, Jane Doe found a physician who could help. Far too many Americans are unaware of their medical options, and so suffer in silence or make poor decisions. Better education of Americans about their healthcare choices is vital.

True health care reform starts with tackling areas of waste. A good start would be to require physicians who prescribe pain medications to receive additional training, fund NASPER to implement a nationwide drug monitoring system, and enhance patient education. The healthiest approach to our health care system is to begin by reducing its enormous waste and fixing its glaring inefficiencies. Only then can we truly have a reformed health care system.

I invite the Obama administration to a sit-down with physicians. We, on the frontlines, are in the best position to share what’s working and what’s not, how to enhance protocols and the efficacy of our work, and how to slash expenditures that result from redundancies, inefficiencies and pure waste. We’re ready to get started.