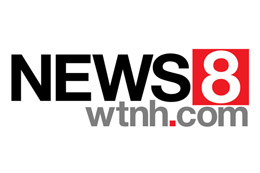 CT Doctor Takes Matter Into His Own Hands

Danbury, Conn. (WTNH) – Repeated rejections by three insurance companies led to Dr. David Kloth to intervene in Matt Cote’s case. Dr. Kloth, at Connecticut Pain Care in Danbury, said, “Everyday, I probably see about 10 patients who are being denied health care by their insurance carrier.” The eight year battle took a toll on both doctor and patient. Matt Cote said, “I was probably walking around with a pain level of eight everyday. Percocet to start the day, Percocet to end the day.” A car accident left Matt with three ruptured discs in his lower back.

Dr. Kloth prescribed a minimally invasive procedure, aimed at reducing the pain, risks, recovery time and meds. Matt was denied coverage at every turn. “That would be okay, if they understood the evidence in the literature,” explained Dr. Kloth. “What they do is they bring in doctors who might be a methodologist or a statistician or to be honest, won’t even have a specialty in the same field that’s being examined.” Recently, Dr. Kloth operated on Matt and chose the procedure he initially recommended, with no cost involved. The years of frustration motivated Dr. Kloth to get all those involved, from equipment to anesthesia, to donate their services. The interventional pain management physician said, “If Matt had undergone the larger operation which a number of years ago, the insurance company wanted him to do, he would have been in the hospital for about 5 days post-op and then likely would have gone to a rehab facility such as a nursing home type facility for about a 2 week period to recover.” Instead Matt is walking and the prognosis is positive. “A week out, I am functioning,” said Matt. “I’m up and walking for a few minutes and that’s better than I could hope for.” Now this grateful patient can put his health care battle behind him. Matt said, “There’s nothing worse than hearing, having a doctor tell you what you need and saying look I can fix you and I can get you better but the insurance company won’t do it.” “If one would look at the money,” Dr. Kloth pointed out, “This insurance company spent on office visits, epidurals and his Percocet the last 8 years, it actually cost them more money, than had they paid for the surgery back in 2004 when we originally recommended it.” According to Dr. Kloth. insurance companies should look at cases based on the patient’s needs. He also added, that until more doctors speak out and band together, more patients like Mark who are already shelling out a lot of money for health insurance, will end up paying for treatment on their own.