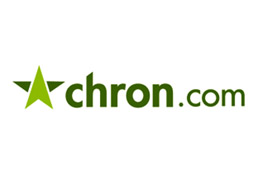 DANBURY — Early in the morning of June 16, 1999, Matt Cote’s son was born at Danbury Hospital.

As Cote drove home on Shelter Rock Road that afternoon — on an emotional high — an oncoming car swerved into his lane and hit his car head-on.

“When I came to, I was trying to get out of my car,” said Cote, 41, who now lives in Waterbury with his wife and son.

He didn’t break any bones, but three disks in his back were damaged, leaving him in constant, nagging and sometimes debilitating pain.

“That’s how I get through my day,” he said. “Taking four or five Percocet.”

Other treatments available — some conventional, some alternative — haven’t helped.

“I’ve been through acupuncture. I’ve gone through a chiropractor,” Cote said.

On Monday, something radical came his way.

The Surgical Center donated its time, space and staff as did the companies supplying the equipment needed for the work.

The surgery followed years of talking to insurance companies to get them to cover the cost of the work and his rising frustration when no one would listen.

“There are no real options left,” said Kloth, founder and medical director of Connecticut Pain Care in Danbury. “He deserves this chance.”

Well, there are options. Just not good ones.

One would be to allow Cote — a copier technician — to continue to just get by, taking Percocet, a narcotic painkiller, plus receiving an occasional steroid injection to quiet serious flare-ups.

The narcotic painkiller masks the pain but does not cure it. The residual pain has limited Cote’s life. He can manage to do his job, but he has gained weight because any serious exercise brings him more pain.

“You try to start exercising and by the end of the week, you’re worse than when you started,” he said.

In 2008, insurance companies also agreed to pay for a three-disk fusion on Cote’s back. Fusion surgery is a major affair that uses magnesium rods and screws to hold vertebrae in place. It could take him a year to recover from it.

Because Cote’s son is autistic, his wife stays home to care for him. The family’s income would be severely cut for at least some of Cote’s recovery.

That surgery is expensive, too, costing up to $100,000. Kloth said it’s not very successful when done strictly to treat disk pain — it’s more successful in treating scoliosis or stabilizing vertebrae.

“The success rate for disk repair alone is something like 20 percent,” Kloth said.

The surgery he did Monday was minimally invasive and done in one day.

Kloth made a small incision in Cote’s back. He used a laser to trim away the small herniations in each of Cote’s disks. He then inserted a heating coil into the disks — one by one — to heal the tears in them.

Kloth and his surgical team followed the work they were doing on video screen monitors.

Throughout the surgery, Cote was sedated but conscious. The anesthesiologists at the surgical center used local anesthesia for the surgery, but Kloth said having Cote awake and aware of the work allowed him to make sure he was not damaging any nerves in Cote’s back.

The work, Kloth estimates, would cost about $20,000 — far less than three-disk fusion. It will allow Cote to go back to work more quickly. In four to six months, he should be feeling much better.

Kloth has been doing minimally invasive laser back surgery for the past decade. Because he chooses the candidates for such surgery carefully, he said about 70 percent to 80 percent of his patients receive substantial pain relief.

“It’s all about patient selection,” he said.

In many cases, insurers will pay for the work, and some people pay cash for it, he said.

In the future, Kloth said he would like to see insurance companies do an honest evaluation of procedures like minimally invasive back surgery to see, like he does, when it might best be used.

“They should look at individual patients and not have blanket policies that apply to everyone,” Kloth said.

Cote said he almost began to cry when Kloth told him about the free surgery. Even last week, he said, he was still emotional about it.

“Not everyone gets a second chance at life,” Cote said.